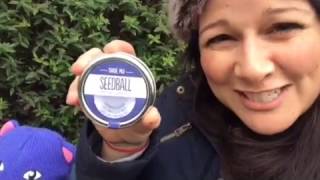 After the fun and success of our Autumn growing activity 'Planting a Daffodil pot and all' with Number1Daycare we were delighted to be invited back for a Spring activity with the little ones. Gina, the nursery owner, was keen to grow some vegetables with the children. We also wanted another plant that they could take home for their families. We decided on Sunflowers. They are hugely popular to grow with children as the seed itself is large and the flower is so bright and icon

Who would have thought making raised beds from scratch would bring such enjoyment? I think it must be the 'making stuff' endorphin. Just like gym go-ers or runners get. I now get my kicks from being outdoors, making stuff. Trained by Michael, who's a pro at making most things, from gardens, kitchens to music. My hammering nail skills have improved no end and would you believe I had never even picked up a saw before making these beds. A recent study published declared that Gar
bottom of page